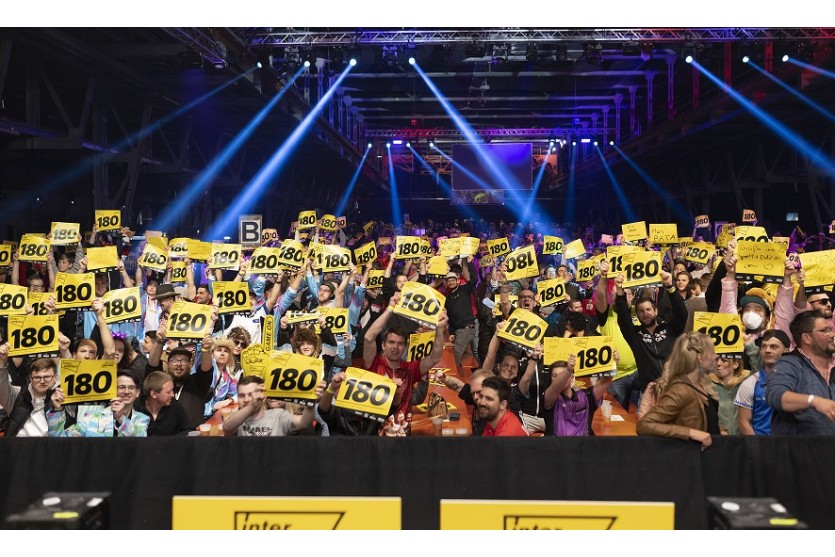 The future of the PDC European Tour has been secured until at least the end of 2026 under a new five-year agreement between the PDC and Moltke Sports.

The PDC have worked with PDC Europe for the past 15 years since originally beginning to stage events in Germany.

The European Tour was introduced in 2012 to great success, with its expansion seeing 13 three-day tournaments being staged across the continent in 2022.

Under the new agreement between the PDC and Moltke Sports, PDC Europe will continue to stage 13 European Tour events alongside the World Cup of Darts and European Championship, as well as ProTour and Secondary Tour weekends and the European Qualifying School.

"This year has seen the successful return of a full European Tour schedule and to the superb crowds we've become used to across Europe and this was the perfect opportunity to finalise this new deal with Moltke Sports," said PDC Chief Executive Matt Porter.

"The sport's growth across Europe at a professional level in the past 15 years has been huge and we've seen PDC Europe take the European Tour into new markets to great effect.

"We've been hugely encouraged by the development of playing talent from across Europe and under this new agreement, these stars of the future will continue to have a platform to progress in the sport as they bid to emulate our elite players.

"Following a challenging two years during the Covid-19 pandemic, there is a great deal to be excited about for the future with PDC Europe."

European Tour events will be held in Germany, Hungary, Belgium and Gibraltar during the remainder of 2022, while Dortmund will host the Cazoo European Championship.

In addition, this year has seen the Cazoo World Cup of Darts make a popular return to Frankfurt's Eissporthalle, and the return of full crowds on the European Tour.

"We have enjoyed a long and successful partnership with the PDC since 2007 and are proud of the progress professional darts has made in that time," said Werner von Moltke, Managing Director of Moltke Sports.

"This new agreement will enable us to strengthen our partnership with the PDC for the years ahead and continue growing the sport across Europe.

"We share the PDC's vision to expand professional darts and provide exciting tournaments for the world's best players to compete in."

The PDC European Tour is broadcast exclusively on DAZN in Germany, Austria and Switzerland, and through PDCTV in all other territories, as well as via bookmakers’ websites.